The most frustrating part of this project was how much time it took to rip everything out. Demo is fun for like, ten minutes. Careful demo, demo that doesn’t destroy the neighboring rooms, is not fun. It’s prying nails out carefully with a crow bar, it’s using six different saws to extract a cabinet in one piece, it’s tapping out drywall with a hammer because the sledge will ruin the wall.

lifting the linoleum, and discovering how much mold was under it. groooosss. Also I got the toilet out.

Here, I have ripped out the wall that holds the water hook ups, also known as the “wet wall”. 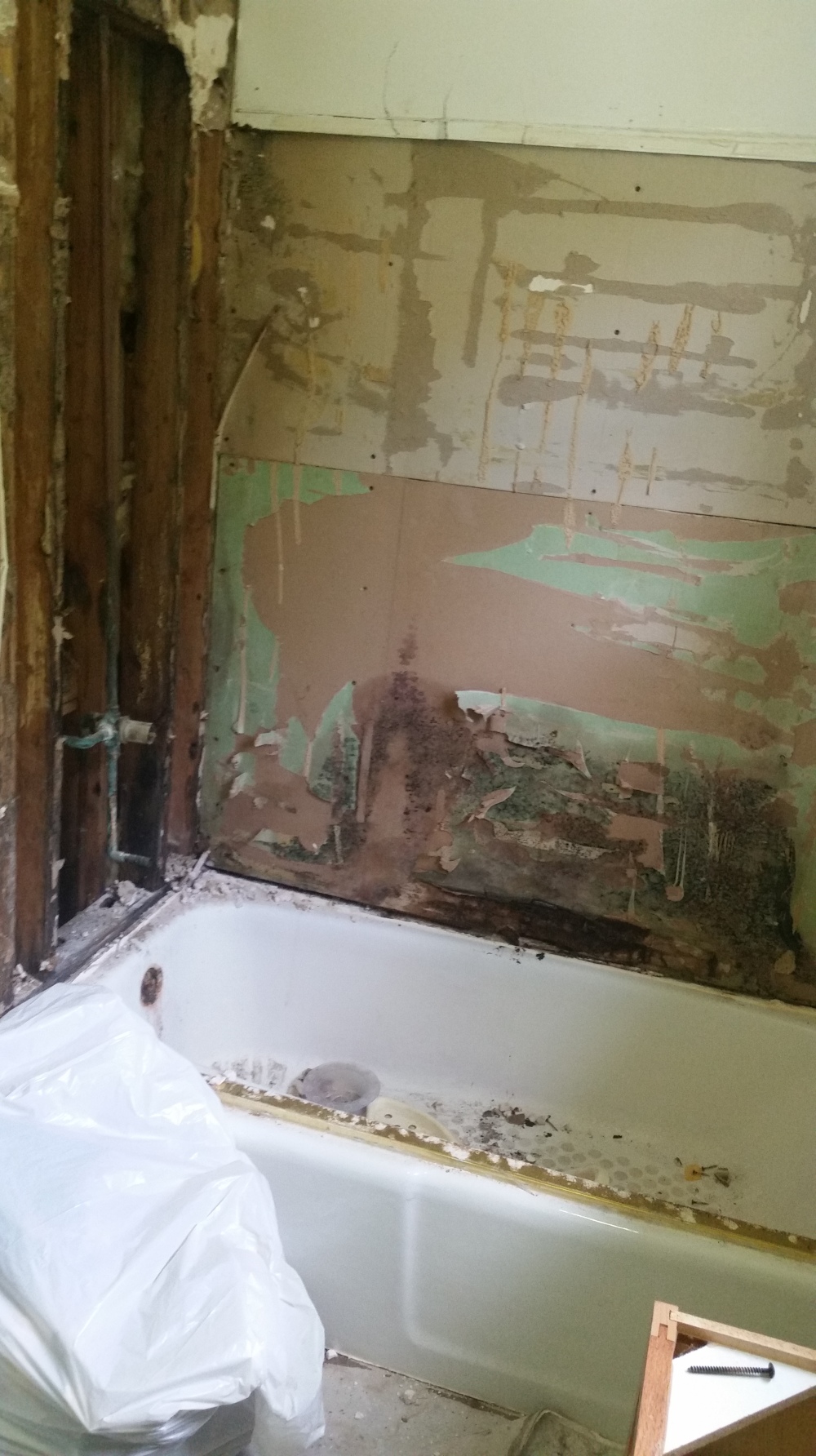 All of the shower wall is down, making progress on the drywall.

Starting to cut through the closet into the bathroom. Made a window. 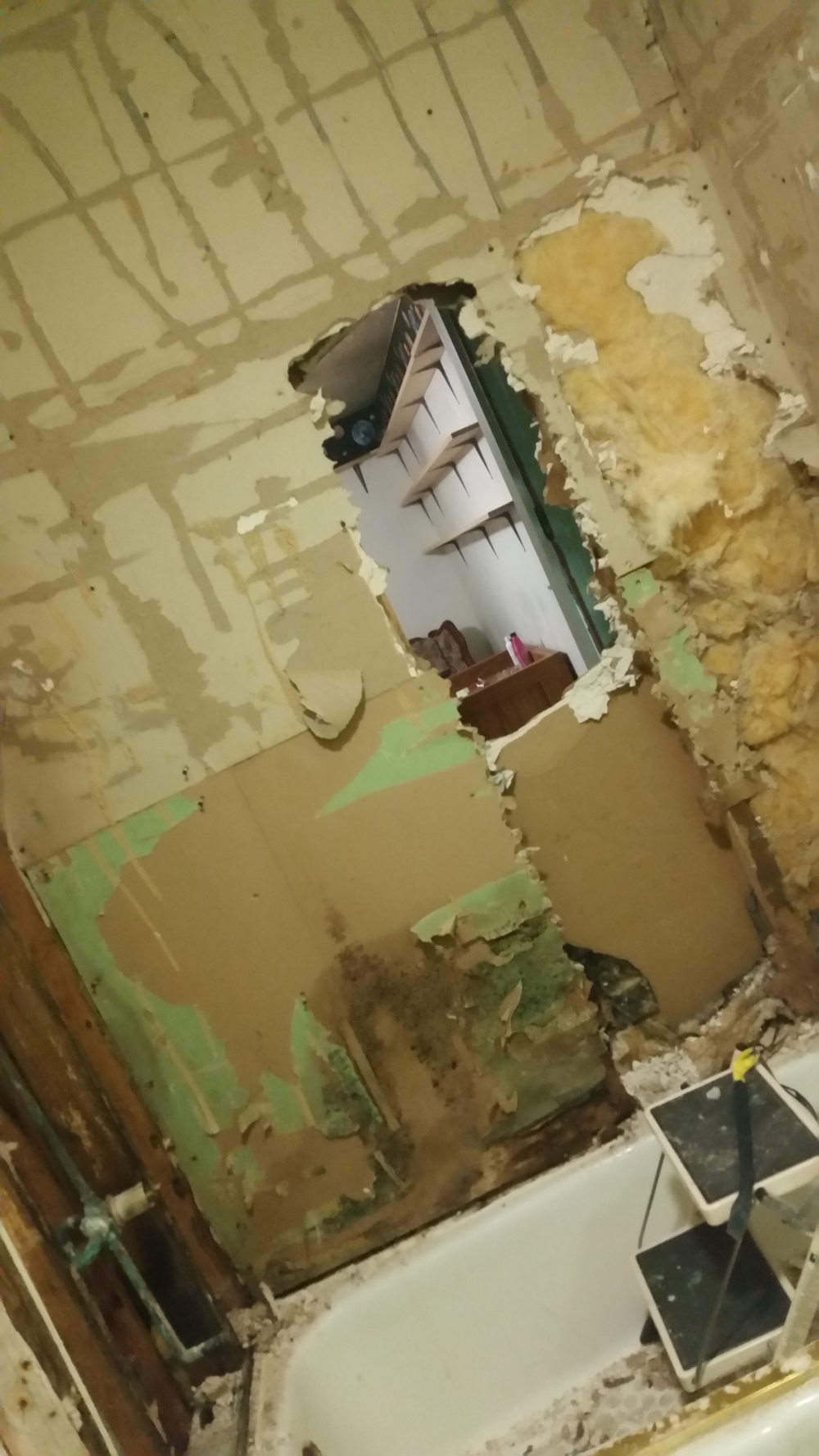 THE TUB IS MOVING. that tub is CAST IRON. it is heavy and there is no room. see how it is destroying the wall on its way out.

so heavy. Thank you Uncle Mark for being there. This would have been impossible alone. 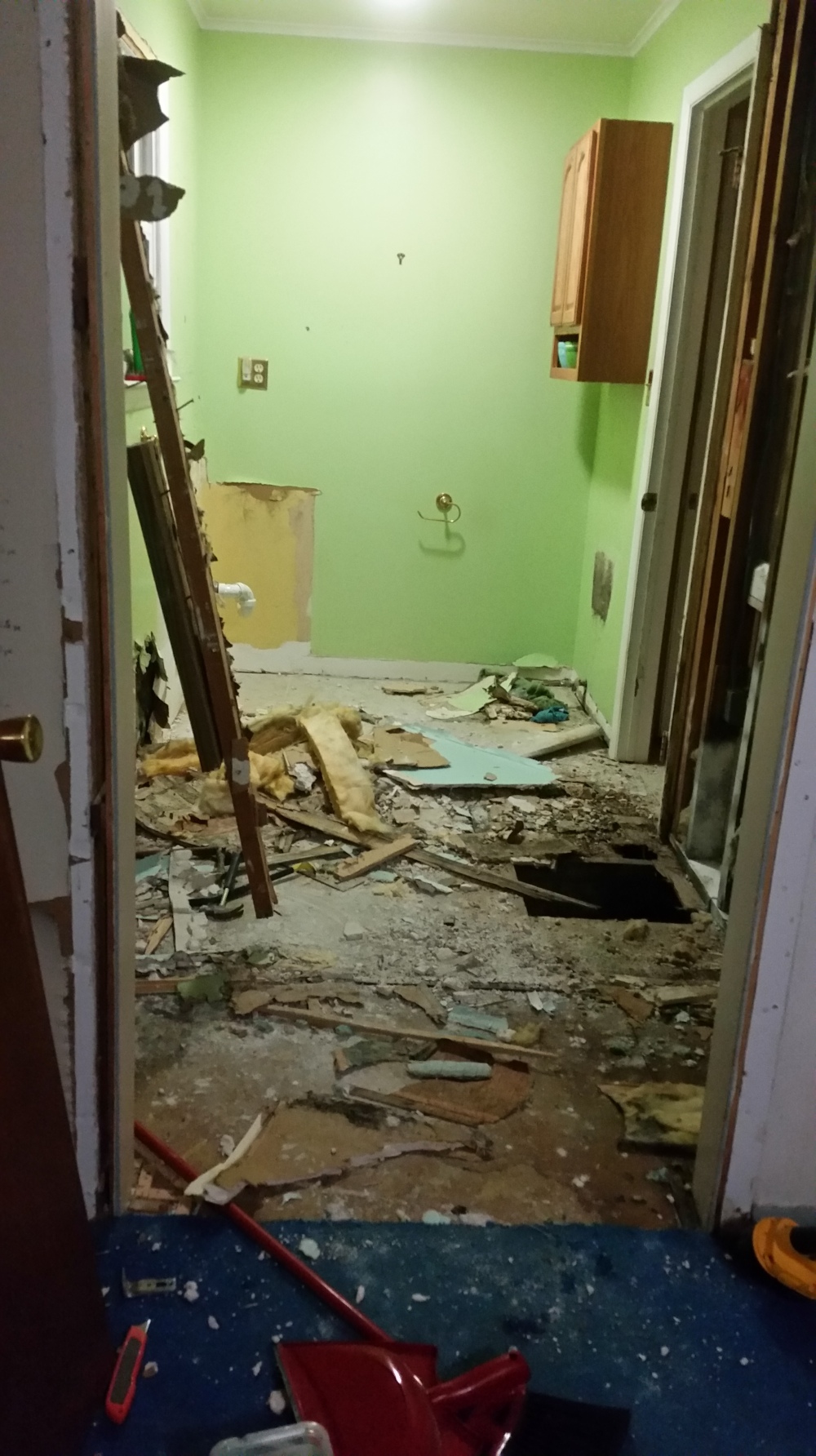 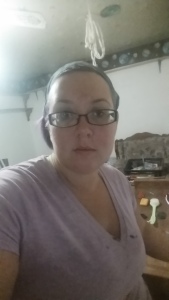 Me, thinking man, it would be REALLY NICE TO SHOWER after that. Oh well. Also, cast iron is sharp. I wear gloves a lot, but it’s not always possible.

It’s fine. I have ice cream with bourbon in it.

It’s fine. This is fine.