It would be wrong to say the coop is entirely finished. But I left the state of Georgia to start on the next big project, so it’s as finished as it is going to get for now. 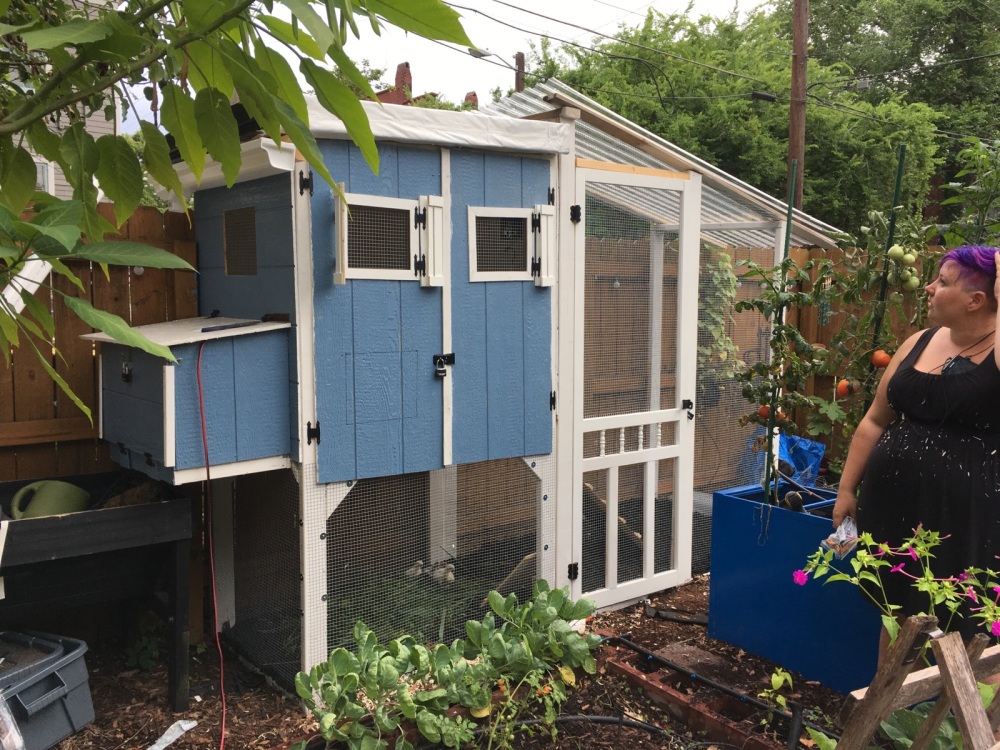 I enclosed the entire run in wire. You can see the nuggets under the coop, exploring. Also, you can see me! Cause I didn’t take this picture. Sporting my purple summer hair and a dress covered in chicken bedding.

You can see in this picture the rain gutter that we added. This is under the opening where the green roof drains, so it doesn’t all dump into the nesting box underneath it. 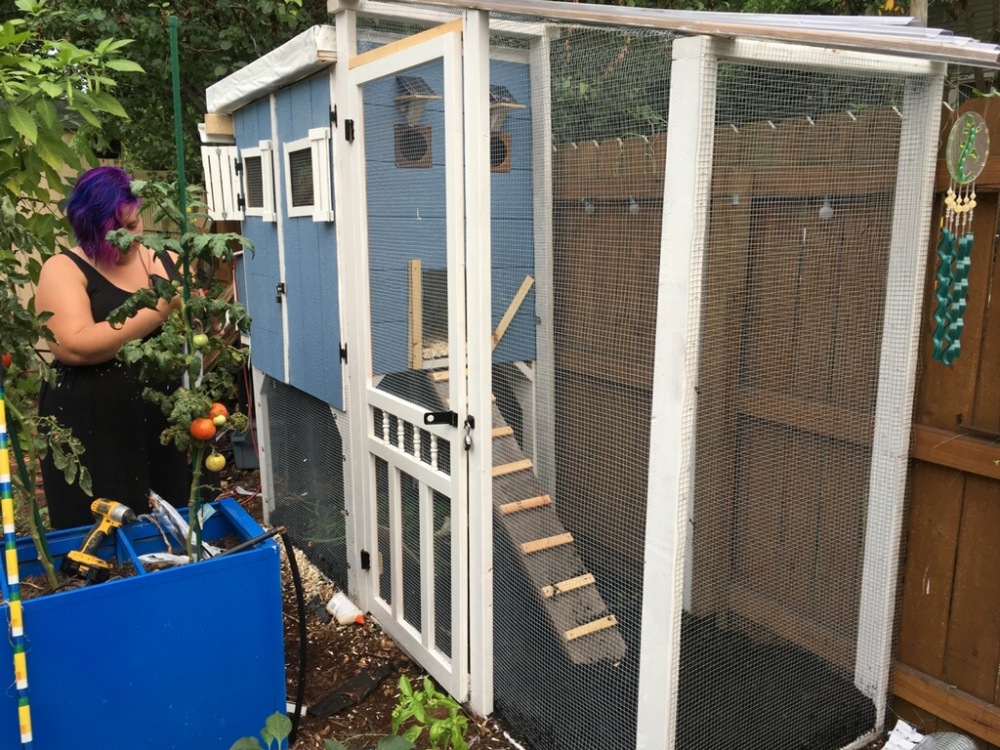 Actually in these pictures I’m getting ready to add the last shutter on the front. 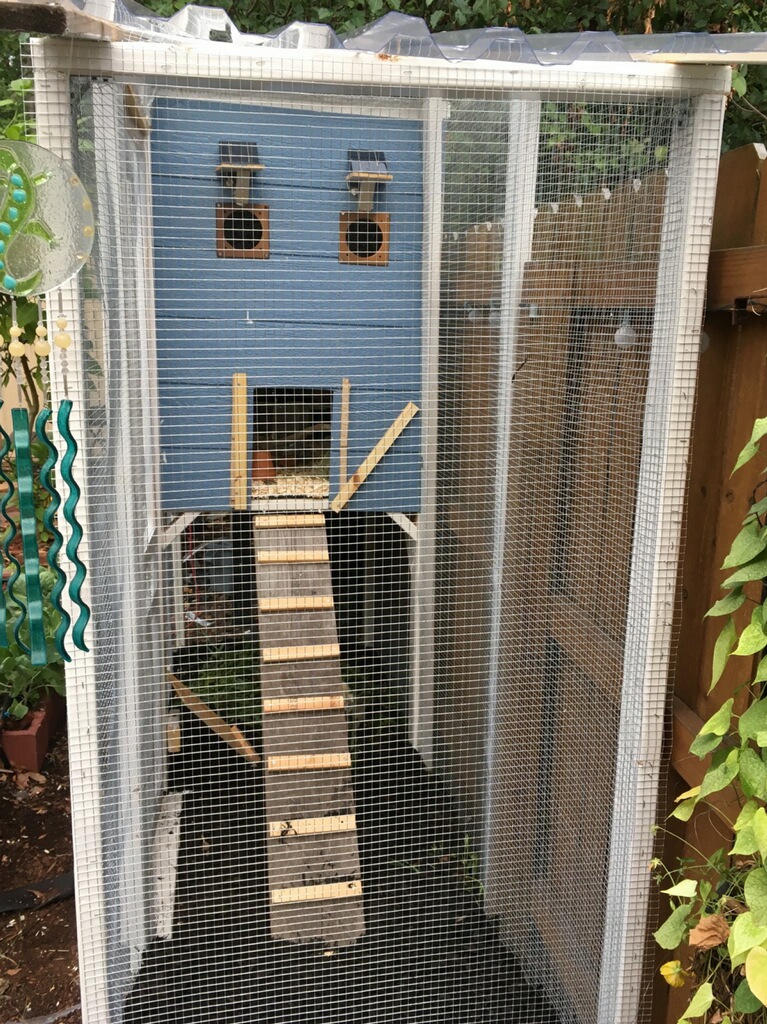 The babies get a ladder. It’s made of scrap wood and attached with eye hooks. We took the door off but they are still too little to venture down or up it.

I still need handles – I bought gate handles but I didn’t like the bolts that came with them so I will find something different later.

I still need to put the shutters on the side window – I ran out of time.

I also want to get shutter dogs for the shutters. Those are the decorative scrolls that hold them open when they aren’t being used. Usually cast iron, they are a little too expensive for me to justify at the moment. I’m trying to scavenge three pairs.

I want to design the chicken door. It will be open 95% of the time, but I want to be able to close and open it from outside of the coop.

I need to add their water system and feed system. They are too small right now for it, but when they start coming out during the day it will be time to feed them outside.

I will be adding run upgrades, but maybe not for a few months, since some serious changes might be coming in a few months 🙂 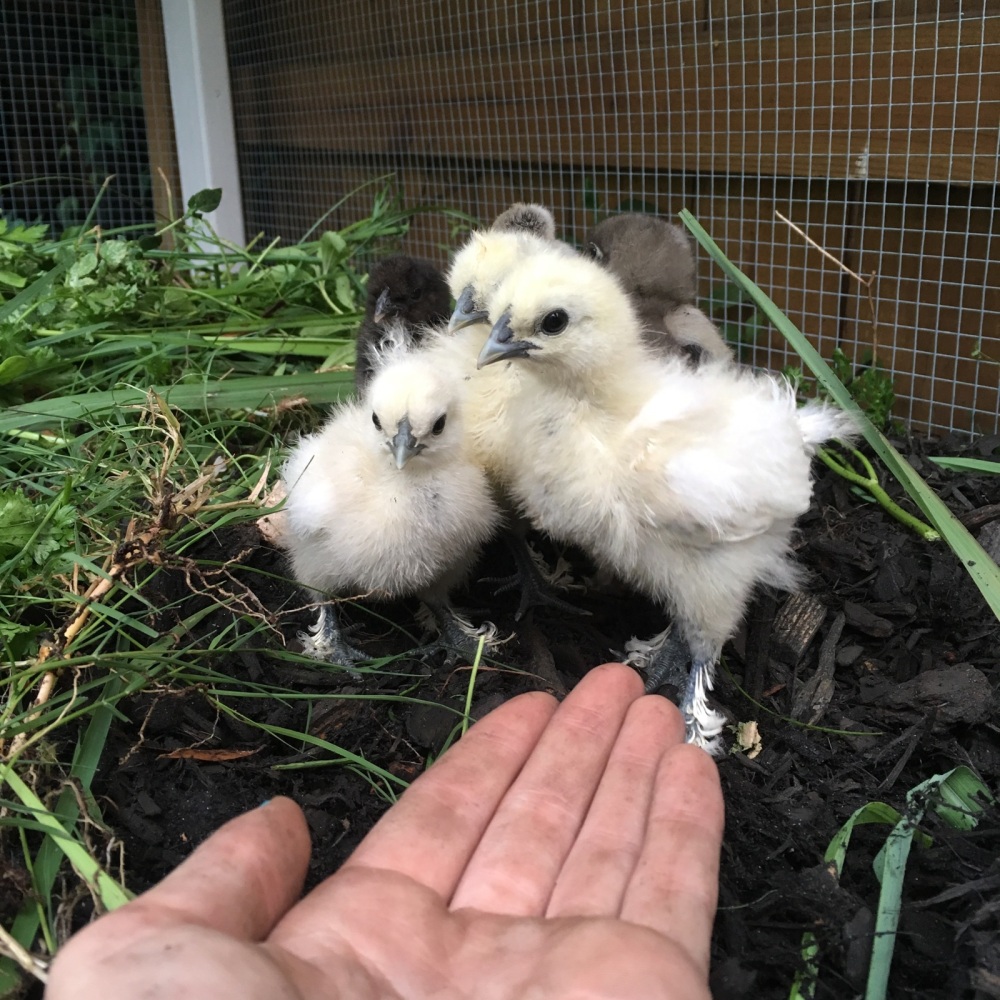 Up front is Lavender, with Rosemary behind her and Sage to her left. The black one is Patchouli, the tiny grey puff you see is HeiHei, and the grey one on the right is Juniper. The girls aren’t so sure about this run thing, but maybe in a few weeks…