So some final thoughts on chair making.

Overall the entire project cost under a hundred dollars, including the awesome rapid dry cushions that were sixty percent off, the throw pillows, the wood, the screws, the wood glue, and the varnish/stain. I dont know exactly because I have a lot of wood left (maybe even enough to make the foot rests that Insley wants), but somewhere above eighty but less than a hundred. Half that cost was the cushions, even sixty percent off. 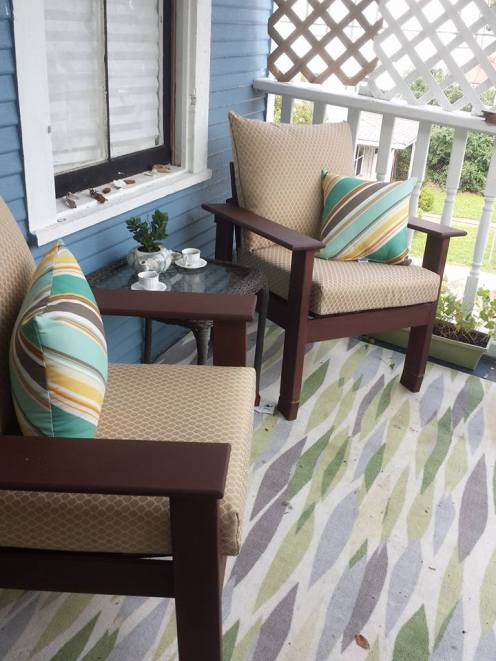 I had the basic design in my head, but I bought the cushions before I decided on size. I measured the cushions and built to that size. If I did it again, I would make them about four inches wider, front to back. I thought I wanted the cushions to overhang, but I hadn’t considered how much space would be used attaching the back at an angle. They hang off a little more than I want.

The varnish stain combo from miniwax is weird. It goes on more like paint than anything. It has a nice paper smooth finish, but I have serious doubts that it will hold up to sweating whiskey glasses, let alone the elements. I can always strip and repaint it I a year or two.