I pried up all the transom upstairs. If you don’t know what a transom is go to any doorway in your house where the flooring changes at the threshold. The transom is the piece that covers to two pieces of flooring. And I believe the plural of transom is transom, like sheep.

Upstairs had these huge wooden transom, but they were fake wood the way that “wooden cabinet” was fake wood a few entries ago.

Almost all of the transitions are seemless now that there is no carpet. No need for a transom. Then there is Insley’s room.

This oak flooring is made from what we call tongue and grove boards. They click together (most shitty modern flooring mocks this because it works so well). Here, at the doorway to Insley’s room, are two tongues. I don’t know why, but both of the bedrooms on this side of the house have flooring that matches the rest but was obviously not installed at the same time. If it had been installed at the same time, it would be facing the right way, and two tongues would not be facing each other. When I saw it I rolled my eyes sooo hard they ended up in the new ceiling fan.

Fixing this will probably involve a new transom, but I wanted to try to make it seamless.

Here, I am filling the gap with natural rope. 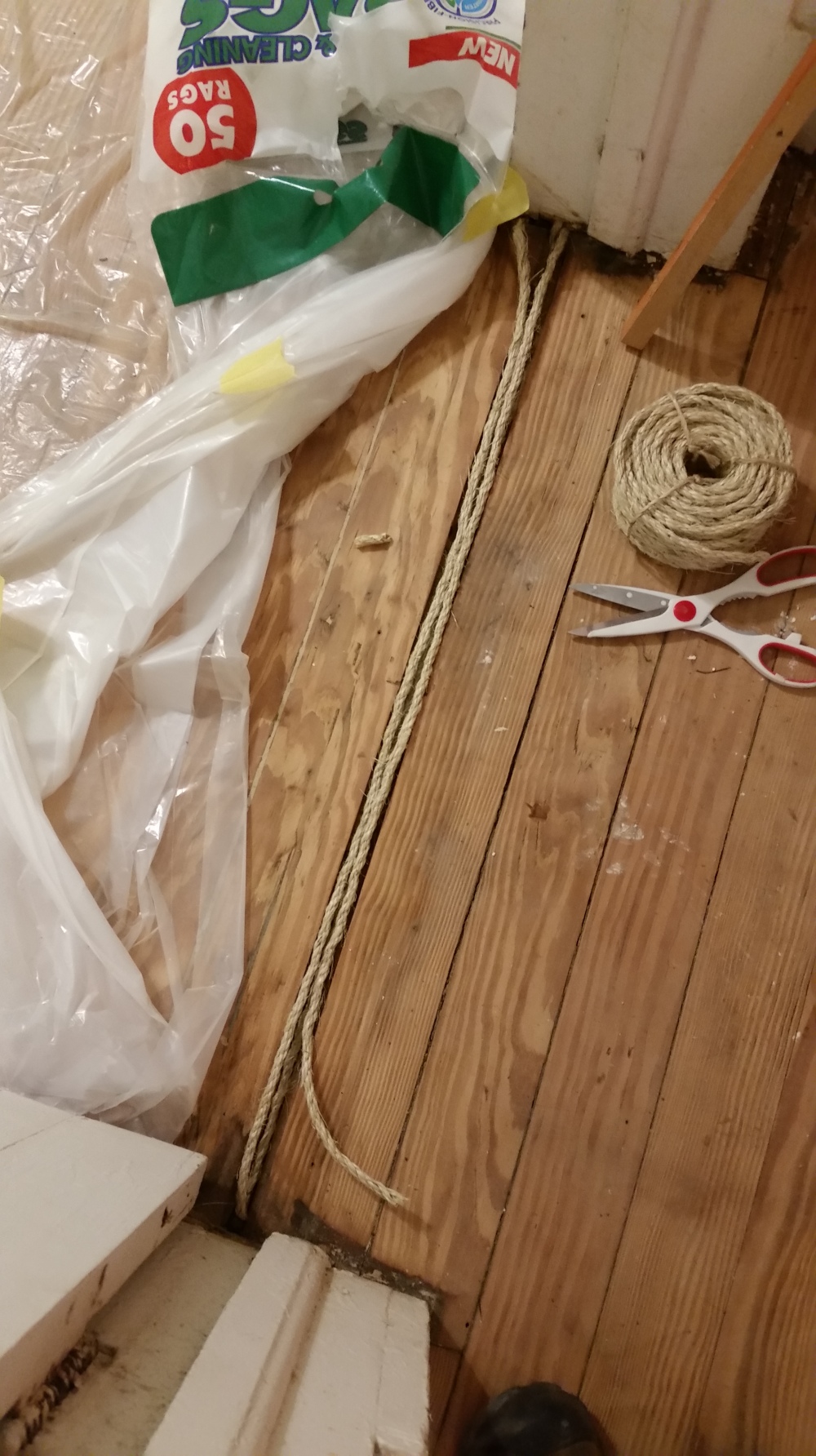 This is a cup of sawdust. Not just any sawdust, but sawdust harvested from the bag of the drum sander. This saw dust came from this floor, and will match it.

Here I have added a healthy amount of wood glue to the sawdust, until it forms a putty like texture.

I used my homemade wood putty to fill the gap right on top of the rope. The rope fibers will give the glue something to bind to, and should sand and stain just like the floor when it dries.

Hopefully this will allow me a clean transition between the two rooms. Otherwise, I will have to add a transom over it later.